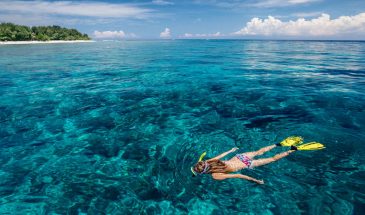 On this Bali Tour Package we’ll take you to have snorkeling at the Blue Lagoon and Tanjung Jepun where a thousand of fishes from different kinds are live….And the coral are still Virgin. Blue Lagoon is also known as Baong Penyu itself means turtle neck ( baong is mean neck and penyu is mean turtle ). Blue lagoon has been a snorkeling site for many years.

Blue lagoon is just north of Tanjung Sari or Silayukti point, from the turtle neck peninsula that mark the northern limit of Blue Lagoon all the way to south around Tanjung Sari. This is a sandy-bottom bay with patches of soft corals and hydroid bushes and some bushes of branching acropora. It’s charm is that it is protected but the coral growth is unremarkable, however, like the other site here, Blue Lagoon can offer a number of interesting surprise for a diver like shark, octopus, eels, stone fish, crocodile fish, and nudibranch. 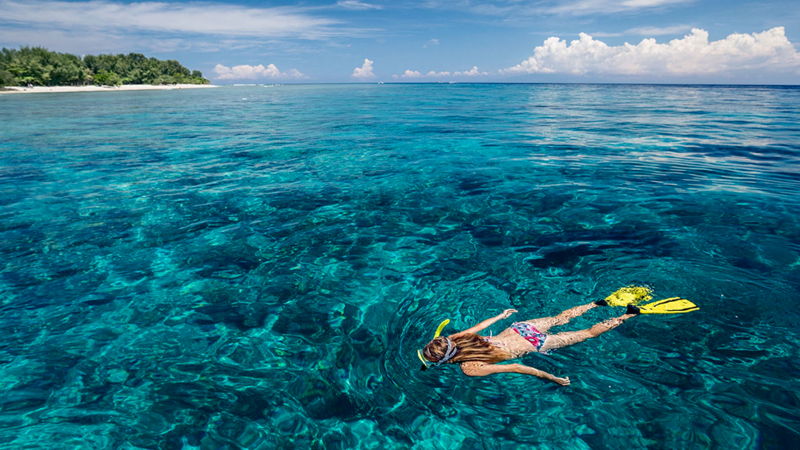 After take your lunch, trip will continue to visit the ancient village of Tenganan with their unique culture.

In the hills of Karangasem, sheltered within a secluded valley, is the walled village of Tenganan, home of a secretive community of Bali Aga people, so called because they have resisted outside influences for many centuries, preserving their pre-Hindu customs. The women of the village weave a rare double ikat cloth, the kamben gringsing, which is supposed to have magical powers to protect the wearer, and is greatly sought after for creamation ceremonies. 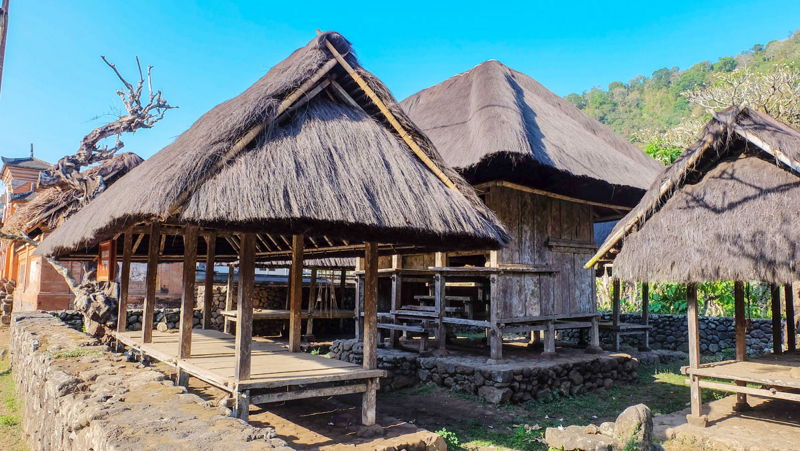 The process of weaving this cloth, known only in this village, can take up to five years for the completion of one piece. Unique ceremonial customs are still practised in Tenganan, which still maintains an archaic gamelan selunding, with its iron sound bars, to produce the melancholy melodies to which the girls dance. Once a year, during a festival tournanent in which the men of the village fight each other with wads of thorned pandanus leaves, the object being to draw blood in a sacrifice to placate the evil spirits. Despite the discomfort of the protagonist, this gladiator like competation is obviously enjoyed by those involved as a chance to display their bravery and manhood.

Stop also made at Candi Dasa for take walk along the lotus and water lilies pond aside of the beach. The little beach of Candi Dasa is growing into a resort area at a rapid rate. For several kilometers along the gently curving coastline, small hotels and home stays have sprung up under the coconut palm. The gently lapping waters and white coral-sand beaches offer an ideal stop over for visitors touring the island, and the ideal base for exploring the Regency of Karangasem. 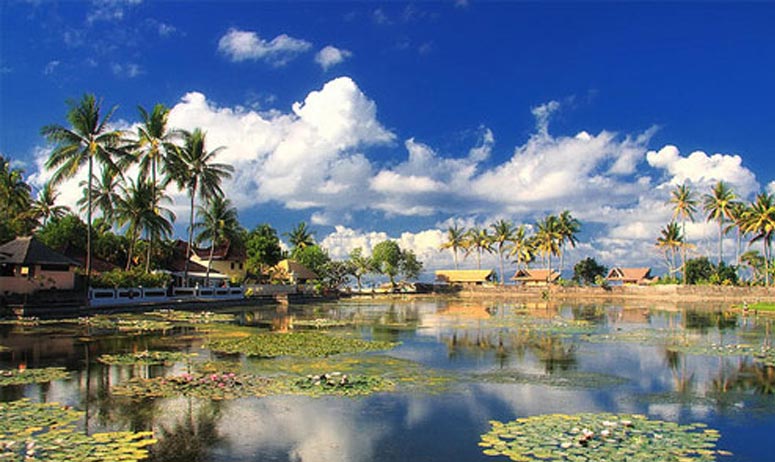 Next stop at Bat Cave Temple of Goa Lawah where you can see a thousand of Bat hanging at the mouth of this temple.

The road past Klungkung runs parallel to pounded by turbulent swirling water. Just 6 kilometers east of the town is the temple and cave of Goa Lawah, “the bat cave”, where shrines cluster around the entrance to a cave which is said to extend all the way under-ground to a small temple, Pura Goa, in the Besakih Complex, right on the slopes of Mount Agung. This cave us said to be the dwelling of the mythological naga serpent, Basuki, who is honoured by a small shrine within the temple.

Around the mouth of the cave cluster thousand of bats, their high-pitched squeaks filling the air, tiny quivering bodies packed together in an undulating mass. Ad with many strange natural phenomena, this cave and its temple are considered very holy by all Balinese, and groups of devotees come with offerings to complete their post-creamation “Segara Gunung” ceremonies for the souls of their deceased. 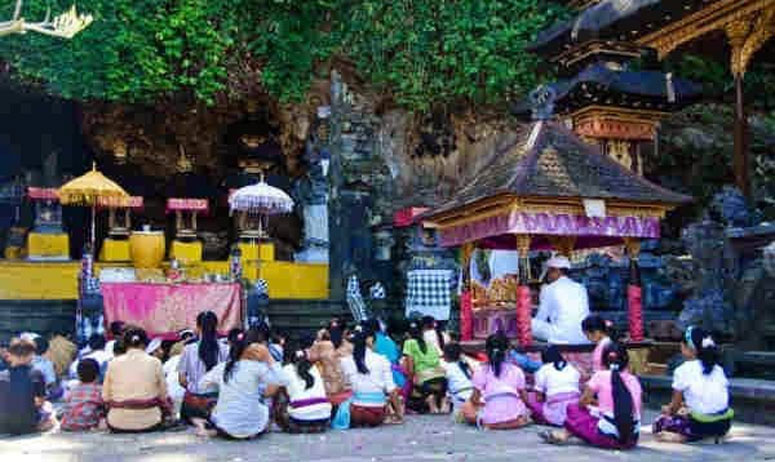