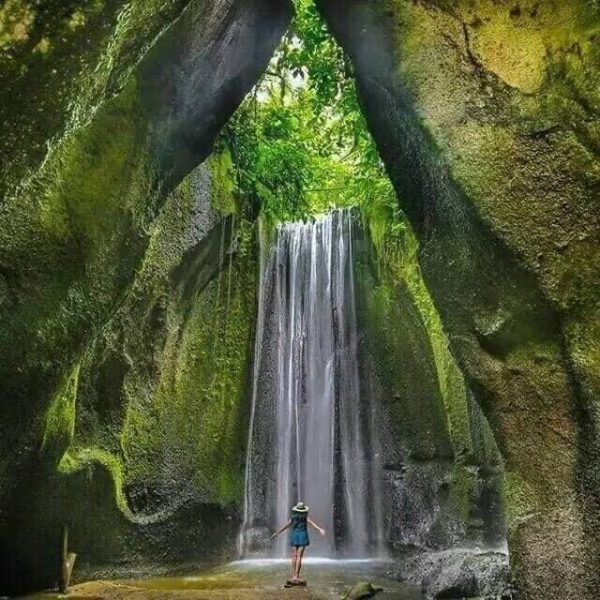 Tukad Cepung Waterfall is located on Jl.  Tembuku, Dusun Penida Kelod, Tembuku, Bangli, Bali. The location of the Tukad Cepung Waterfall in the Central Bali region is indeed an area whose territory does not border with the sea. There are unique things where we can see the attraction of the Tukad Cepung waterfall is exotic waterfall in the east of Bali and different from other waterfalls in Bali. This waterfall is located between the cliffs, or rather flanked by the existence of the cliffs that surround it. The location is a little to the middle, so if we go into it, then we will be like going into a cliff that will crush us. The view of the waterfall with a height of about 15 meters between the cliffs is very beautiful, the color of the waterfall looks very clear, and on the cliffs are overgrown with green moss and some plants. The waterfall will look very exotic when the sunlight breaks into the sidelines between the cliffs above it. It seems that the sunlight that enters into it will cause a very beautiful effect of light, like a star falling from the sky. Not only that, the natural atmosphere of the waterfall that reassures this is also created from the sound of the splash of the waterfall, Like a soft melody rhythm breaks the atmosphere of a quiet place here, so that anyone who enters there will be very comfortable. 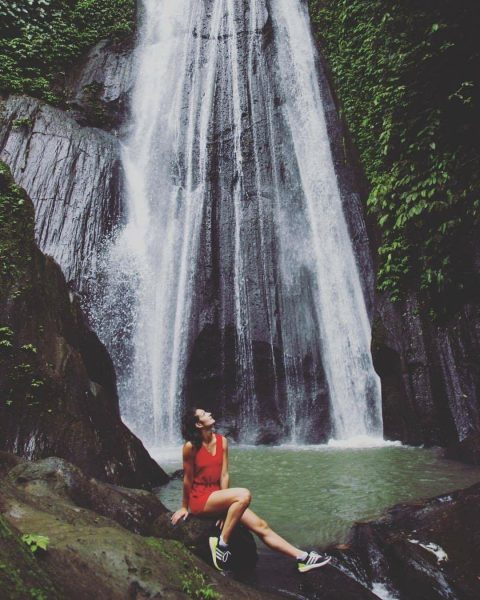 This waterfall is located in Kuning village –   Taman Bali, Bangli District, Bangli Regency. This waterfall has a height of about 20 meters above the surface of the Tukad Melangit River and one of the exotic waterfall in the east of Bali which flows to the south. About 6 km south of Bangli City. To get there can be achieved with various types of transportation. From Kuning village can be reached by walking as far as 500 meters through a small road. 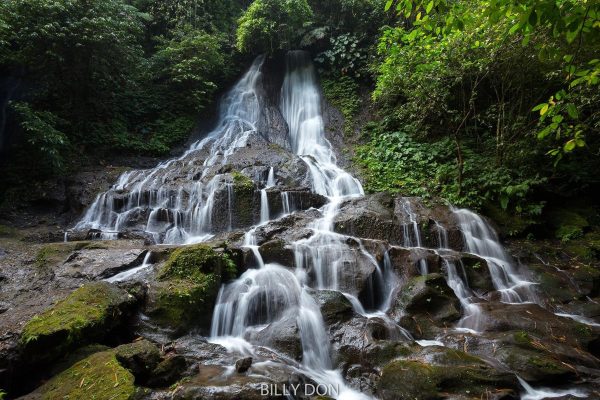 Goa Giri Campuhan Waterfall, there are 3 uniqueness that make this waterfall different from other waterfalls.  In fact, the uniqueness you can get on the way to the location.  Therefore, make sure to maintain the condition of the body when you want a vacation here.  The first uniqueness that you can find while here is the route to a different waterfall location. To go to the location of the waterfall, you not only have to cross the green and leafy lane.  On the way, you will be invited to go through a cave. This cave is not too large and is not a natural cave with a depth of up to 50 meters.  The cave is said to be a cave built by Dutch troops in Bali.  Inside is a ladder that allows tourists to get through it safely. The next uniqueness lies in the water source of Goa Giri Campuhan Waterfall. Mixed in Balinese has a mixed meaning. The naming was given because Goa Giri Campuhan Waterfall originated from the confluence of two streams.  Therefore, many Balinese people consider the water here to be efficacious and suitable to be used as a place to paint.  The last uniqueness is the existence of 3 waterfalls in one place. One of the waterfalls offers stunning views with a terraced waterfall structure. In addition, there is also a waterfall that has a height of up to 25 meters. The three waterfalls in the Goa Giri Campuhan Waterfall area offer a natural atmosphere with fresh water and the exotic waterfall in the east of Bali.

Kanto Lampo Waterfall is located in Banjar Kelod Kangin, Beng Village, Gianyar District, Gianyar Regency, Bali. This waterfall can be reached within 30 kilometers of travel from Denpasar, or is about 1 kilometer north of the City Park in the Regency of Gianyar.

The water which is the source of the Kanto Lampo Waterfall is the source water from the ground and also water from the irrigation channel.  Irrigation water is used to irrigate subaks located downstream. After a long time, there are some channels that are blocked and eventually overflow. This overflow from irrigation water forms the flow of Kanto Lampo Waterfall until now. The waterfall, which is close to the settlement, was initially not very well known by tourists. Only local residents who use sand and stones in the river around the waterfall for building materials.  In 2015 a local village youth took a photo of the beauty of the Kanto Lampo Waterfall and was posted on social media. Since then, Kanto Lampo Gianyar Waterfall is famous and has become a favorite location for tourists while on holiday in Bali and one of the exotic waterfall in the east of Bali. 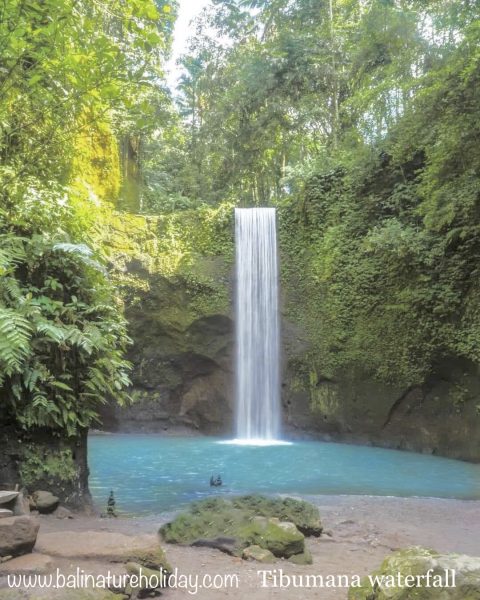 Tibumana Waterfall is located in Banjar Bangun Lemah Kawan, Apuan Village, Susut District, Bangli Regency, Bali. It’s location in the countryside so the natural atmosphere that is beautiful and natural is felt. The calm and peaceful atmosphere is that makes the Tibumana Waterfall a perfect place to visit as a reliever.  After paying the entrance ticket, the exciting journey begins. Evictions through the path is really very fun. Around the road a lot overgrown with ferns and mosses. The road that was traversed was also neatly cemented.  This stairway ends on a bridge made of wood. A natural impression is felt, so soothes the typical rural atmosphere. After crossing 2 bridges and a small bend, arrived at the location of the Tibumana Waterfall. Instantly the cold and cool air increasingly invaded because of splashing waterfalls. It really fascinates the beauty of nature that is displayed, making at home to linger playing water.