bali nature holiday package will visit this temple because there is a healthy population here of every religious sect and caste, each requiring its own complete set of temples, Batuan boasts more interesting temples than many far larger villages. Probably the most impressive among these is the Pura Puseh Batuan ( the Temple of origin, literally the “Navel Temple” ), a short distance down a secondary road heading west from the crossroad, where the main road takes a sharp right-angle turn to the north. Directly opposite a large meeting hall, the temple is difficult to miss as a pair of six-foot stone raksasa ( guardian giants ), standing either side of the road, guard the approach from both directions. Almost all the sculpture on this temple, whether dating from past centuries or made for the 1992 restoration, combine superb technical craftsmanship with imaginative personality. The newly rebuilt gedong rum, a three-tiered rectangular shrine on east side of the inner courtyard, and the meru alit, the shrine next to it, both with traditional murals of the gods beneath their eaves, are fine example of what is still possible in sacred Balinese architecture. The lively stone faces growing out of a floral scroll at the base of the meru alit are particularly striking. The earnest scholar can profit from the small signs which name each of the temple’s shrines in both Balinese and modern Indonesia text for benefit of worshipers who do not wish to misplace their offerings. A doorway through the west wall, flanked by two reclining rams, leads to an unusual water garden whose massive gate, reminiscent of Javanese Hindu temple, and pond have been freshly restored for the first time since their collapes in the eartquake of 1917. At the center of the pond is Bedawang, the cosmic turtle upon whom the universe rests. In a peaceful corner, an orderly array of broken statues and architectural details, casualities of the earthquake, await their turn to be incorporated in future restorations of the pavilions. 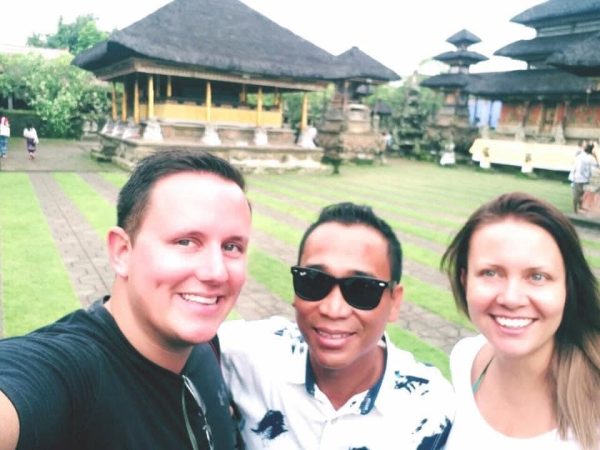 From the crossroads there is another small road heading due south. A few hundred yards down it on the left-hand side, just beyond a village school, was a temple upon which such loving care has not been lavished. It is extremely rare in Bali for a temple to be completely abandoned to the elements, but that has been the fate of Pura Gede Mecaling. It is told that some hazy point in history the arch-demon Jero Gede Mecaling, a grotesque giant whose very name most Balinese are hesitant to speak after dark, lived in a place in Batuan before being driven across the straits to his present home on the arid island of Nusa Penida. For centuries, nobody has dared to build on the site except for one small temple to remember him by. Now even that has been allowed to crumble and all that remains, half-strangled by the luxuriant undergrowth, is one dilapidated gate and a small statue of long-tongued witch. The unclean grounds of Jero Gede Mecaling’s evil palace are no longer completely unused. Close by the ruined gate, a primary school has no been built where the children of Batuan take their first educational steps into the modern world. 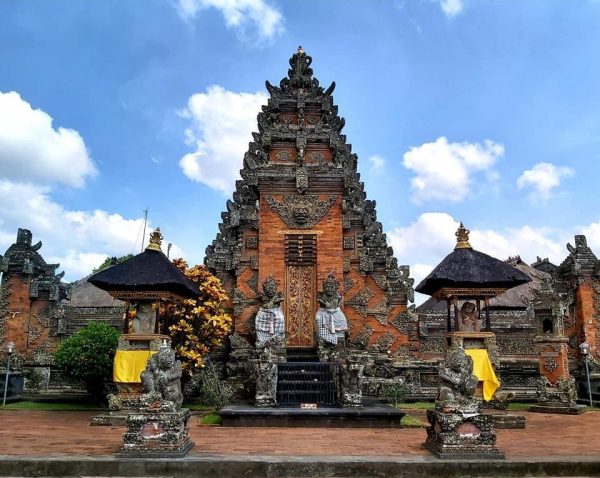 The earliest surviving written mention of Batuan is a stone inscription locked away in Pura Desa Batuan. Recording the separation of Batuan from Sukawati in AD 1022, it is proof of Batuan’s long unbroken history. Some scholars suggest that the old name “Baturan” implies that it may have been a ritual megalithic place of worship many millennia earlier. 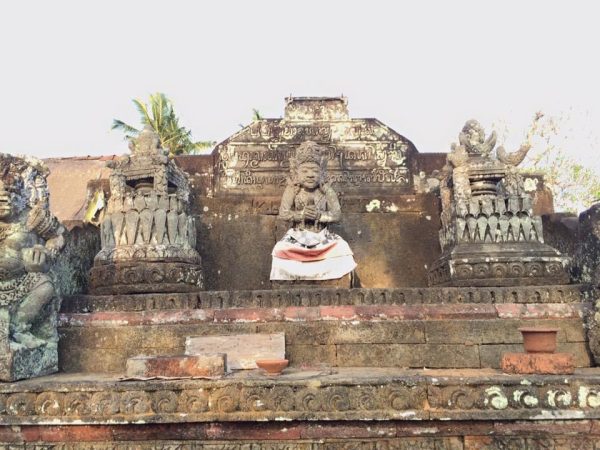