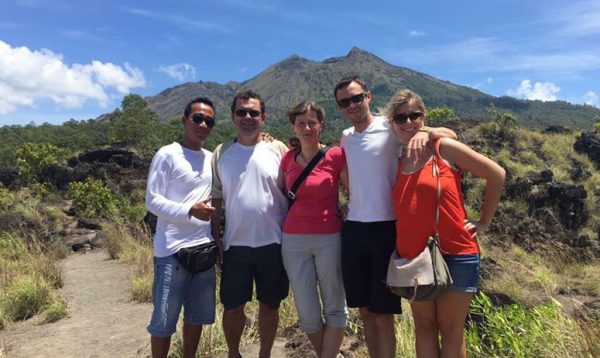 This village will visit on our daily bali nature holiday package. Kintamani Village is Batur Volcano and crater lake and one of best things to see in Bali.

1500 meters high, the village of Kintamani has a cool, damp climate suited to growing oranges and passion fruite and on martket day, which falls every third day, the main street becomes a bustling chaos of vendors, some of whom have travelled from far away, carrying their wares on horseback.

Batur, In 1926, during the violent eruption of Mt.Batur, the original village of Batur, at the sourthern foot of the mountain, was totally destroyed. The villagers, unharmed but homeless, moved up into the high ridge overlooking their original home, and began the task of rebuilding their temple, Pura Ulun Danu. Work on this temple is still underway, and they are creating one of the most impressive temples and best things to see on the island. It’s strark meru towers stand out against the backdrop of the smoking volcano. 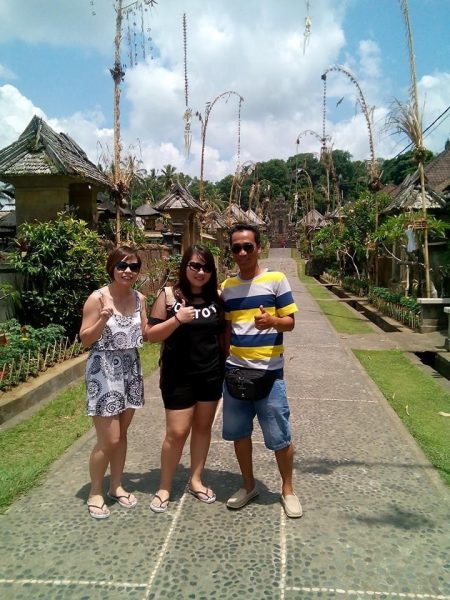 Penglipuran village is at 700 meters above sea level. Penglipuran Village comes from the words pengeling and pura, which means remembering a holy place (the ancestors).  Initially the village community came from Bayung Gede Village, Kintamani.  They migrated to Kubu Bayung Village (now Penglipuran village) and finally settled by always maintaining the nobility of their cultural philosophy. In each house has a gate called Angkul-angkul.  All houses in this village are uniform but not the same, and almost similar.  The size of the house is exactly the same.  It was recorded that there were 985 people in 234 family heads spread over 76 yards, which were evenly distributed on each side of a total area of ​​112 hectares. Penglipuran village is one of best things to see and famous place to visit by foreigners and domestic tourists. 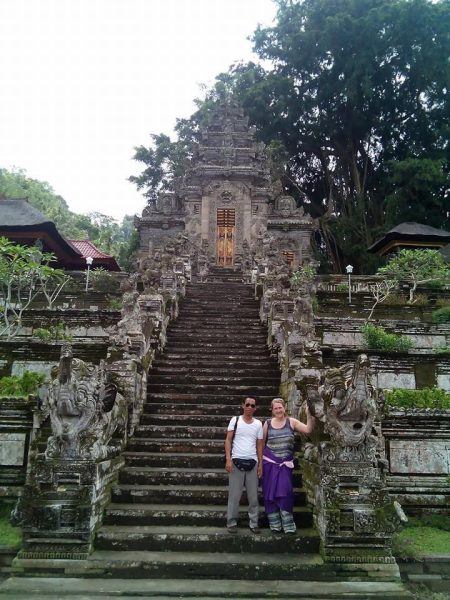 bali nature holiday tour package will drive to Pura Kehen, the second largest temple and best things to see in Bali. Heading due north from the palaces of Bangli to the second road east brings one to the imposing flight of steps up to the Pura Kehen. Similar both in from and purpose to Besakih, its ascending courtyard up a hillside are reminiscent of the stepped pyramids of the Megalithic Age. Just as Besakih became the residence of the deified spirits of the king of Kelungkung, Pura Kehen served that function for the King of Bangli, whose rajas were all crowned within its hallowed courtyards. Climbing the forty-eight steps, flanked by fourteen carved demons, and passing through the great gate into the first courtyard, it feels as if the veil of centuries is beeing lifted. A flattened natural stone seems to emanate the same power of the similar stone altars at which Indonesian tribes in more islands still worship. From its courtyard one ascends through split gate to the second courtyard, which houses  shrines  to the ancestor of the last royal dynasty of Bangli. The highest courtyard contains corner an eleven-tiered meru to the god of fire and at the northeast corner is an unusual and superbly carved “three-seater” padmasana trisakti. The three seats are for Brahma, Wisnu, and Siwa, the supreme Hindu trinity, but to Balinese eyes the shrine is to the sun god, Surya, of whom they are but manifestations. Traces of paint on many the older statues indicate that Pura Kehen was ones far more garishly colorful than it is today.